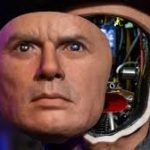 Our latest episode takes a look at Michael Crichton’s Westworld. Tim’s son Alex joins us for this movie about a futuristic theme park where nothing could possibly go wrong but, due to exceptionally bad design flaws, things do! Yul Brynner stars as a gunslinger who seems to have tired of constantly being beaten by rich tourists with no shooting skills. We enjoyed the movie but it has a few plot holes and we make sure to discuss the most glaring. 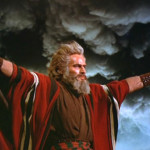 On our latest episode, we explore the world of the Biblical epic via Cecil B DeMille’s Ten Commandments!  Charlton Heston is our guide as we explore a time of plagues, lust and burning bushes!  We are once again reminded of the awesomeness of Vincent Price and, finally, get to introduce Jena to Anne Baxter.  We also spend a little time talking about Exodus: Gods and Kings. Join us for this rollicking trip through the old testament complete with water turning to blood!

At the end of the episode, we claim our next episode will be Murder on the Orient Express.  That’s totally wrong.  It will be L.A. Confidential.