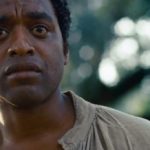 In what is becoming a tradition, we watched this year’s Academy Award winner for Best Picture, 12 Years a Slave!  In an unusual twist, Tim was the only host who had actually seen the film already.  The movie inspired a lot of discussion about slavery, the Oscars and, oddly, Gravity.  We hope you enjoy our annual trip to the Academy Awards!

Next time, we’ll be discussing one of Martin Scorsese’s greatest works: Goodfellas!