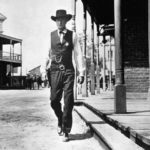 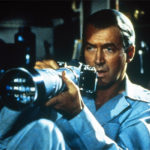 Once again, we were able to record an episode live at Pepito’s Parkway Theatre in Minneapolis.  This time, we watched the Alfred Hitchcock classic “Rear Window.”  Not only had Jena never seen this film before, it was her first Hitchcock film ever.  And she got to see it on the big screen!  The print was amazing and you should all feel really bad that you missed it.  However, you can console yourself by listening to this episode where we dump love all over the master and one of this best films.

Our next episode will air on November 1st and we’ll talk about “The Abominable Dr. Phibes.”

Our next live recording at Pepito’s will be on Sunday, November 17th.  We’ll be watching John Carpenter’s “The Thing!” 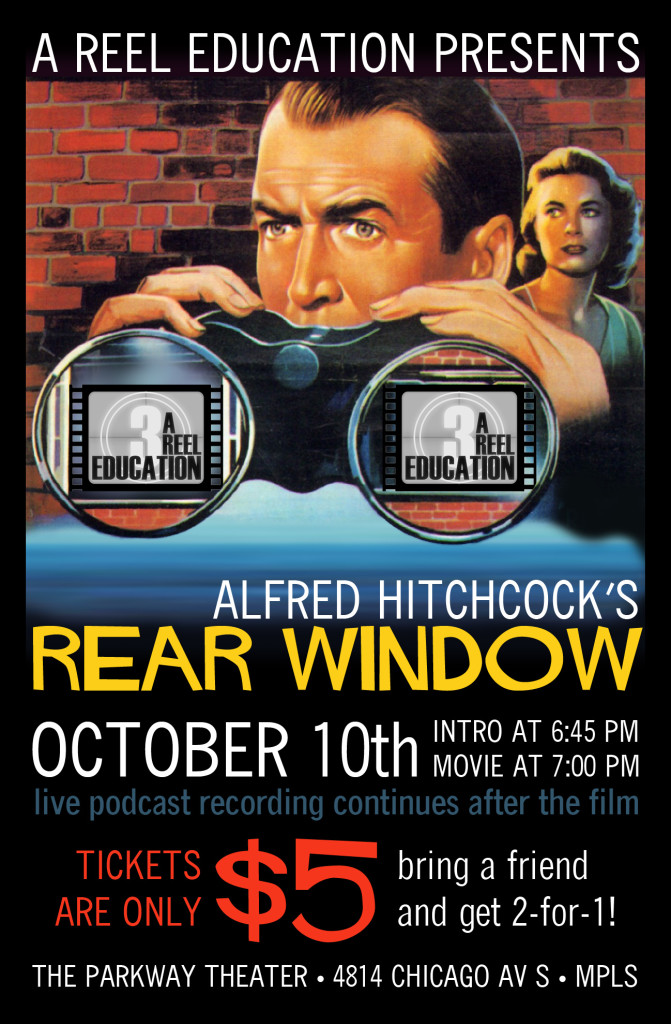 Once again, A Reel Education will be recording an episode LIVE at the Parkway Theater! On October 10th, you can join our live recording session, which comes with a full screening of Alfred Hitchcock’s amazing classic thriller, Rear Window! James Stewart, Grace Kelly, Thelma Ritter… the works!

Not only are tickets a mere five bucks, but if you bring a friend… they get in FREE! That’s right! It’s a 2-for-1 deal where you and a buddy can see Rear Window on the big screen for five tiny dollars!