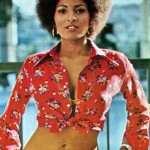 Having just watched Jackie Brown, we decided it was time to introduce Jena to the Blaxploitation sub-genre with another Pam Greer classic – Foxy Brown!  Greer rocks a 70’s wardrobe in this film about revenge, revenge, and more revenge.  If anyone can get revenge, it would be Pam Greer.  We share some information about Blaxploitation films and spend a lot of time appreciating Pam Greer.  Because you really need to appreciate Pam Greer.

Our next movie will be the only other Tarantino film Jena hasn’t seen – Django Unchained! 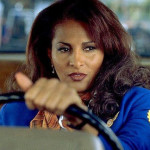