Episode 23 – The Bridge on the River Kwai 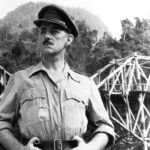 This month, we began our new relationship with the Trylon microcinema in Minneapolis!  They have great popcorn!  For our first film, we watched David Lean’s epic masterpiece The Bridge on the River Kwai featuring Sir Alec Guiness and William Holden.  There was much whistling and a bridge was destroyed!  Nary a lightsaber was to be seen! We had great fun talking about this movie with the attendees of the film and you can hear how much fun if you only listen to the episode!

Our June 1st episode will feature guests Kelvin Hatle and Jerry Belich as we talk about the David Lynch’s failed epic, Dune! 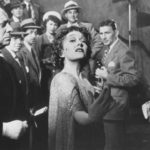 This week, we dive into Billy Wilder for a walk along Sunset Boulevard!  William Holden and Gloria Swanson guide us through a wonderfully cynical look at Hollywood.  We go down the meta rabbit hole as we discuss the casting on this film.  We also spend far too much time talking about the horrible musical that was inspired by the film.  Accept no substitutes!

Our next episode, on April 15th, will be about the 2014 Academy Award Winner for Best Picture: 12 Years a Slave!