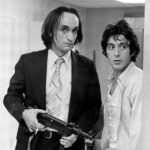 We continue our focus on crime films with a look at Dog Day Afternoon. John Cazale and Al Pacino star in this look at a bank robbery that goes both comically and tragically wrong. Based on a true story but filled with impressive improvised scenes, the movie represents Pacino at the height of his movie star powers. Jason Kruger joins us to watch the film and he knows, basically, nothing about it at all. If you are like Jason, it is time for you to give this movie a look!

Next up, we will finally watch Pulp Fiction! 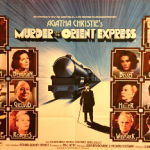