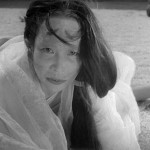 For today’s episode, we explore the concept of the unreliable narrator as we watch The Usual Suspects.  Kevin Spacey won an Oscar for his portrayal of Verbal Kint (or did he???) in this twisty crime drama that managed to keep most audiences guessing even after the credits rolled.  We tried to decide how much of the movie actually happened as we saw but can you ever really know?

For our next episode, we will watch the seminal film about unreliable narrators, Rashomon!