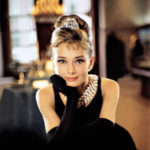 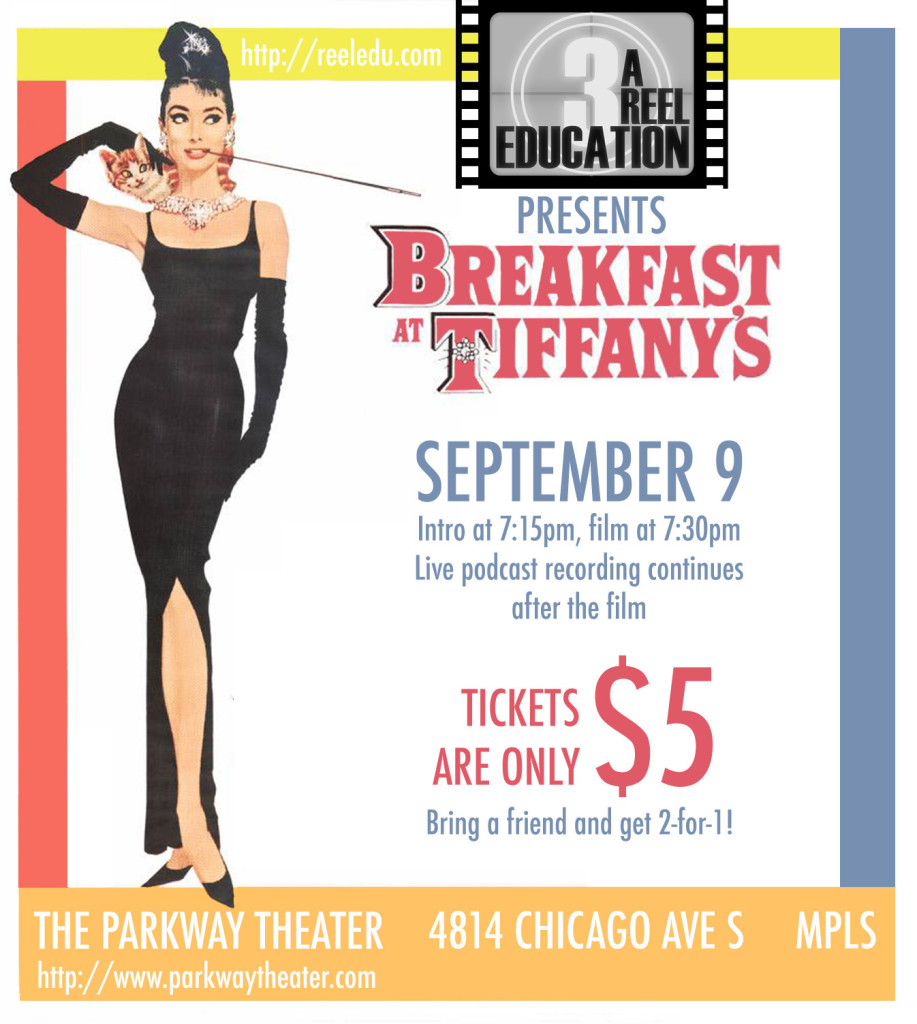 That’s right! A Reel Education will be recording an episode LIVE at the Parkway Theater on September 9th, 2013! With this live recording session, you will also get to enjoy the wonderful Breakfast at Tiffany’s, the 1961 classic starring Audrey Hepburn!

Not only are tickets a mere five bucks, but if you bring a friend… they get in FREE! That’s right! It’s a 2-for-1 deal where you and a buddy can see Breakfast at Tiffany’s on the big screen for five tiny dollars!

In addition, The Parkway Theater is a great venue in the heart of South Minneapolis. The theater is partnered with Pepito’s, the Mexican restaurant next door, so you can actually eat Mexican food and drink beer in the theater. How cool is that?

It’s so cool that you want to join us! (…and spread the word about this awesome event!)