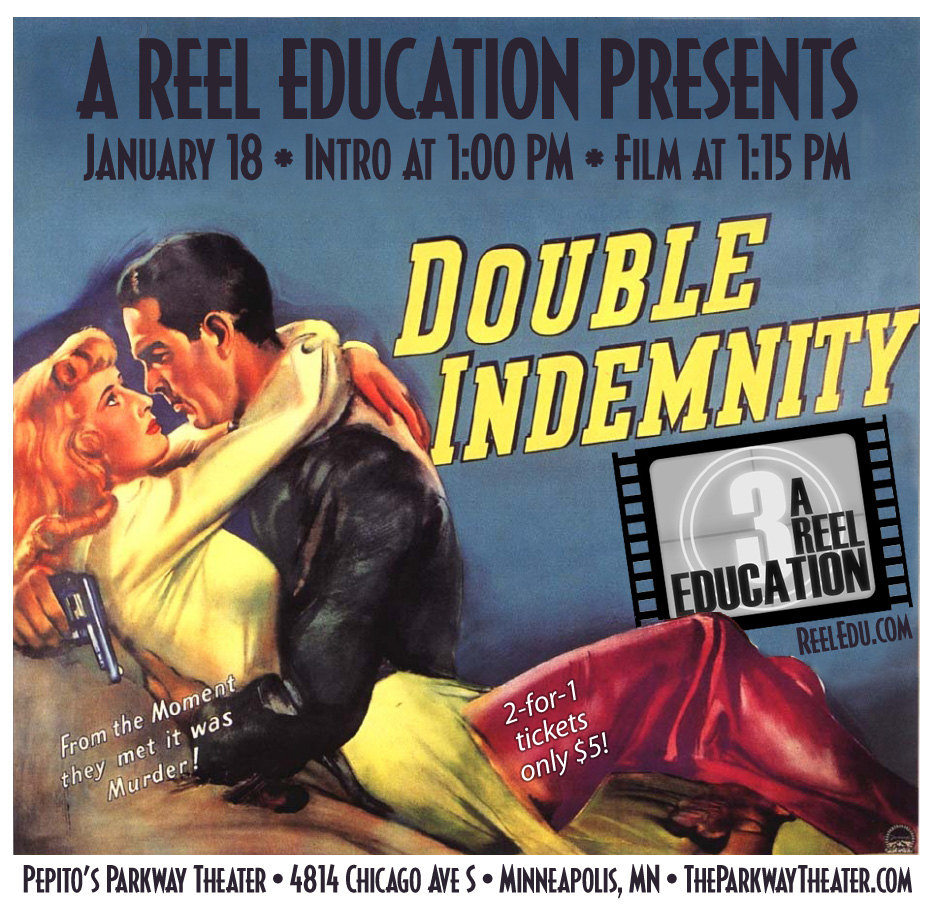 Once again, A Reel Education will be recording an episode LIVE at the Parkway Theater! On January 18th, you can join our live recording session, which comes with a matinee screening of Billy Wilder’s perfect film noir, Double Indemnity!

Not only are tickets a mere five bucks, but if you bring a friend… they get in FREE! That’s right! It’s a 2-for-1 deal where you and a buddy can enjoy the glory of Double Indemnity on the big screen for five measly dollars!